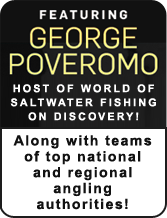 LEARN HOW TO CATCH MORE AND BIGGER FISH IN YOUR LOCAL WATERS!

The Seminar Series “No Holds Barred” format requires our experts to reveal
their prime fishing spots, the best times to fish them
and the best baits and lures to use!

Advance registrations are eligible for a chance to win
VIP/BACK STAGE ticket upgrades!

Plus chances to win thousands of dollars’ worth of door prizes!

LEARN HOW TO CATCH MORE AND BIGGER FISH IN YOUR LOCAL WATERS!

The Seminar Series “No Holds Barred” format requires our experts to reveal
their prime fishing spots, the best times to fish them
and the best baits and lures to use!

Advance registrations are eligible for a chance to win
VIP/BACK STAGE ticket upgrades! 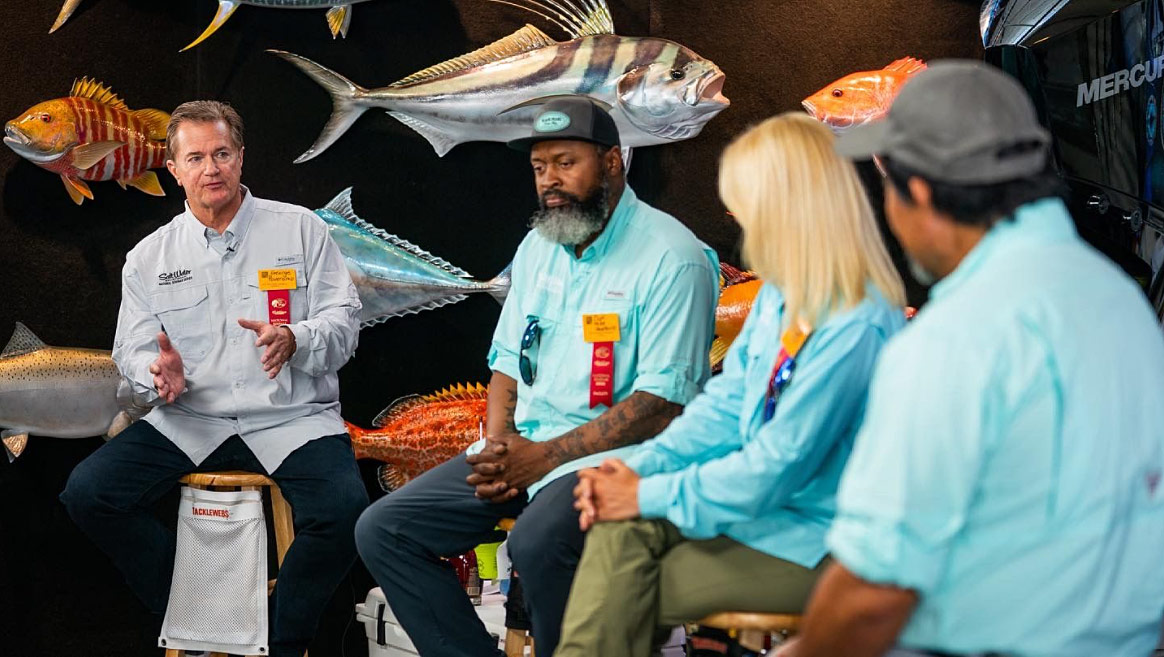 It's a return to the Big Screen to celebrate the Series' 35th Anniversary, after 3.2 Million households watched the televised edition in '21!

Beginning in April, the Salt Water Sportsman National Seminar Series, the nation's most popular and longest running seminar of its kind, will celebrate it's 35th Anniversary on two national networks: Outdoor America and the World Fishing Network.  Filmed on location at the IGFA, there will be 13 weekly how-to episodes on catching saltwater's most sought-after game fish.

Hosted by George Poveromo and featuring teams of top regional pros, the televised series mirrors the ground-tour, which ran for 33 years prior to evolving into television. "The team-teaching concept has always been the backbone of the Series", says George Poveromo. "On TV, a team of four faculty members dissects the how-tos and where-tos of catching a specific game fish, or even a specific technique which we believe warrants a full session. Our teams hail from different regions, providing viewers with knowledge on various tactics and techniques to catch a featured game fish.  We cover inshore, nearshore and offshore fishing, highlighting the latest cutting-edge  tactics and techniques, just as we have going on 35 years now.". 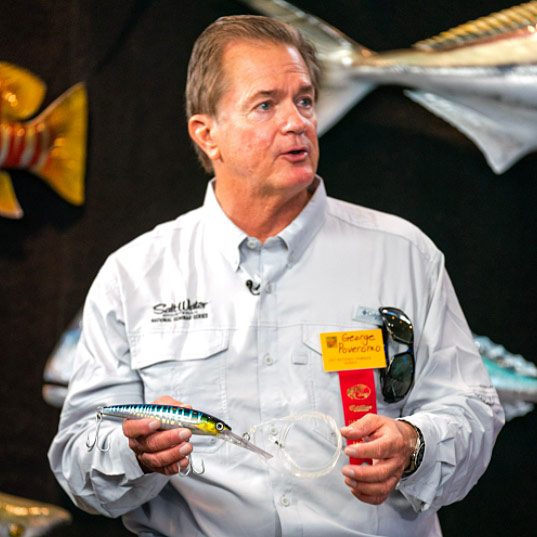 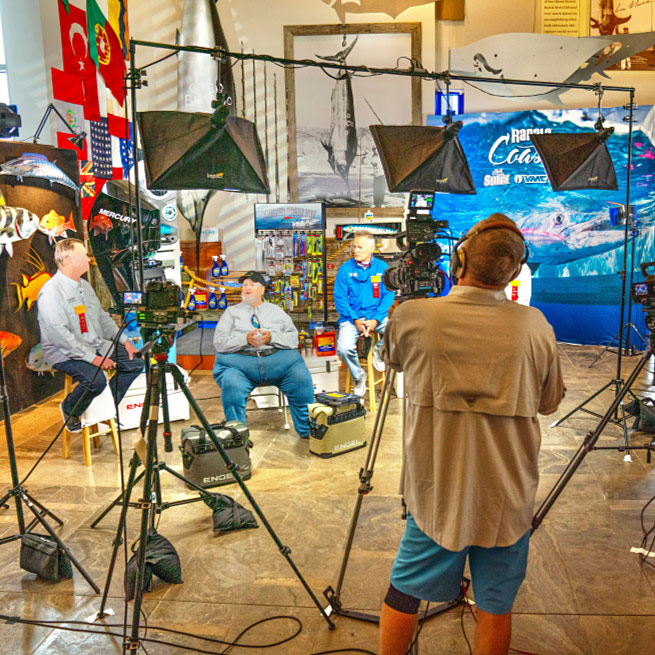 UNPARALLELED VISUALS - To help explain and reinforce key points made by the faculty, each session is enhanced by still imagery and video footage showcasing the species, its environment, prime conditions which set up the best chances of catching it, specific rigs and the subtleties involved in using them, action footage and how to video including the proper way to hook, fight and release (or boat) these game fish.  The supporting footage alone makes for incredibly exciting television.

"I've fished with most of these pros and have known the others for many moons," says George Poveromo.  In their respective regions, these anglers are among the very best at catching their specialty fishes. I like to mix them up; that is, seat members from different regions on the same panel when covering a specific game fish they're known for.  This accomplishes two things: First, the viewers are privy to learning productive tactics and techniques that may not be in play within their local waters. This, in turn, gives the viewer an opportunity to try something different when their tried-and-true tactic isn't cutting it.  And last - but certainly not least, the different personalities often result in highly entertaining sessions. Sometimes, I need to act as a referee to get everybody back in line!  I never remember school being this exciting, at least for me!".

DOOR PRIZES GALORE - In keeping with Seminar Series tradition, door prizes remain a trademark of the Series.  At no cost, viewers can enter the drawings by merely going to www.nationalseminarseries.com, clicking on the DOOR PRIZE page and entering their information. Drawings will be held on September 15, 2022, after the Series completes its Quarter 2 and Quarter 3 television airings. 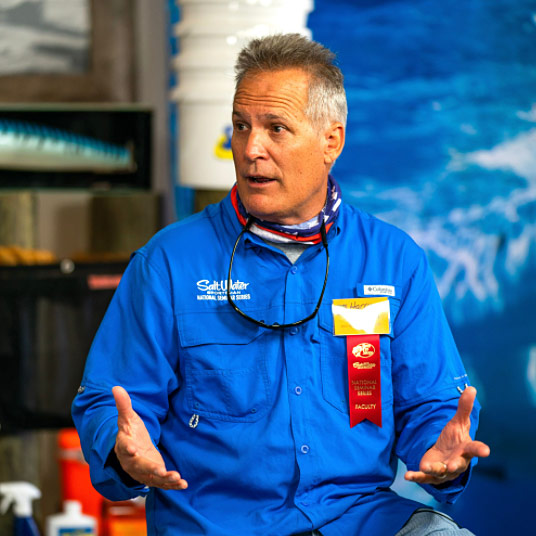 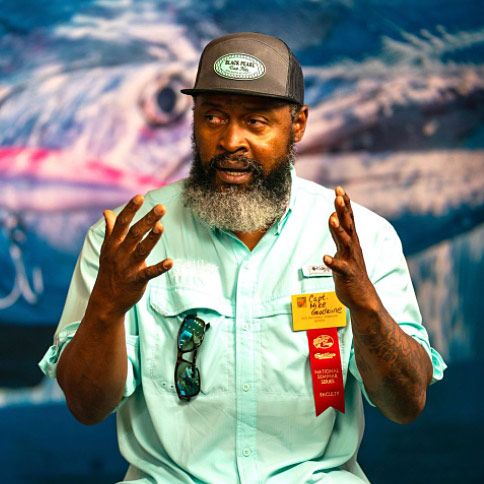 TWO SUPER GRAND PRIZES! - To celebrate the Seminar Series' 35th Anniversary, two Super Grand Prizes will be up for grabs:

PRIZE ONE - A Florida Keys Fishing Trip for two with George Poveromo! Trip features two days of fishing with George aboard his MARC VI in Islamorada, with accommodations provided by Pines & Palms Resort. 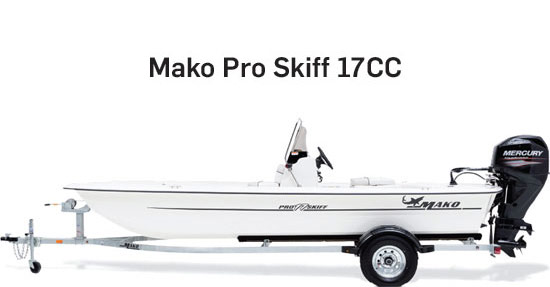 For full airing dates and times, and to register for door prize drawings, go to: www.nationalseminarseries.com . 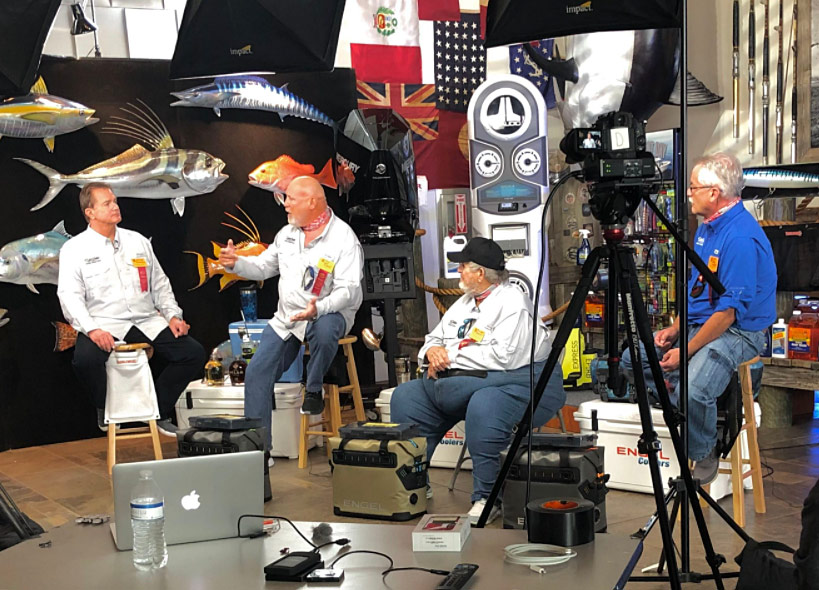 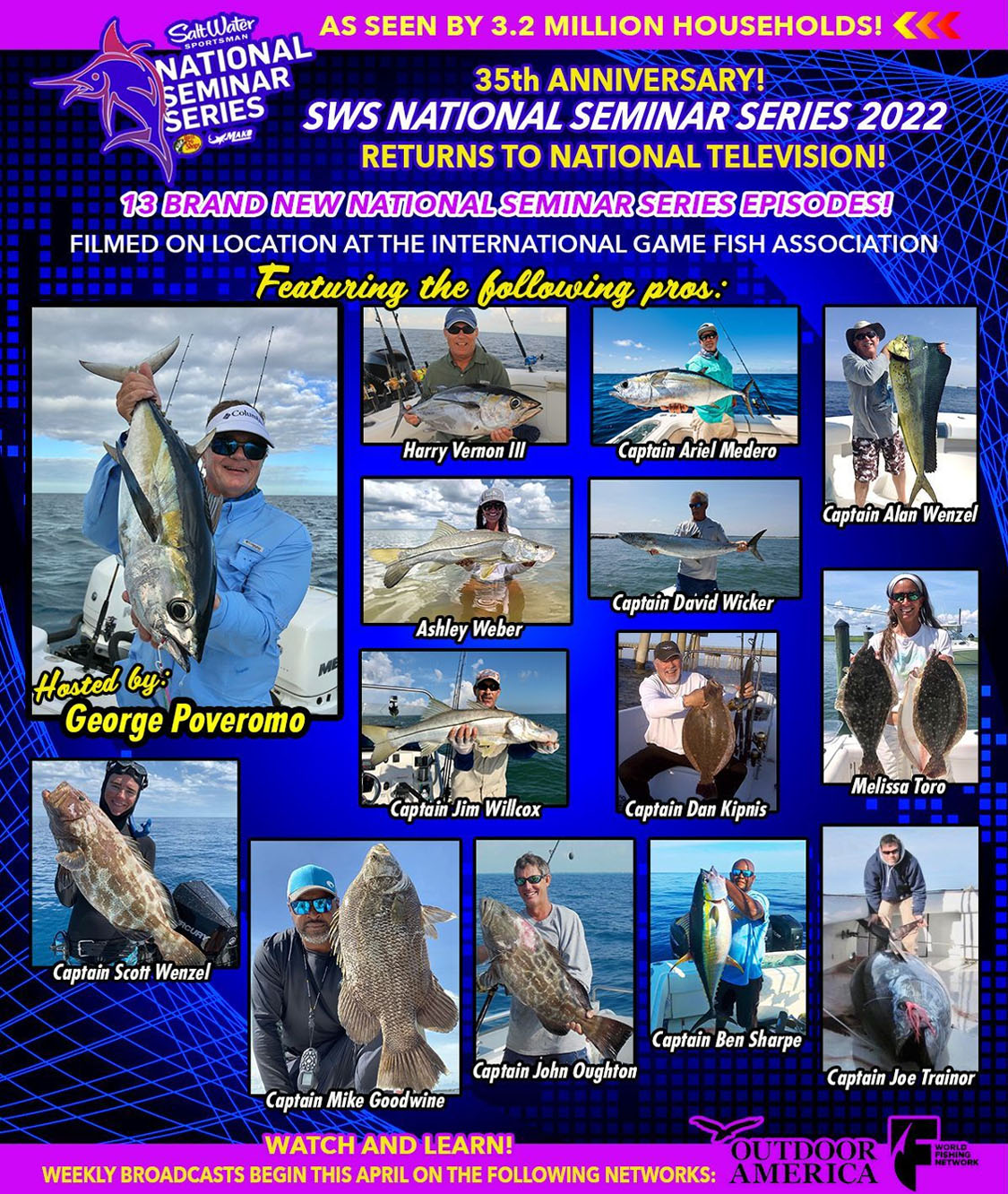